Here’s a treat for you, mate! Our newest can release at the Boston Brewery, Kiwi Wrangler Kolsch, celebrates the first kiwi chick hatched at the local Franklin Park Zoo earlier this year.

On December 28, a male kiwi chick became the first of its species to be hatched at the Zoo. When our brewers heard about our new kiwi neighbor, they wanted to do something special. The best attempt to meet a zoo resident? Maybe.

The kiwi-love runs deep at the Brewery. In fact, one of our brewers, Hannah, spent a semester of college in New Zealand working with wild kiwi birds. “I spent most of my time on an island near Auckland in the Hauraki Bay working with a university research group. I was specifically working on a project studying density dependent diseases, like ticks and lice, and any subsequent bloodborne diseases or health effects. We caught wild birds in monitored populations, that are banded with radio trackers, and removed the ticks and lice, took blood samples, and measured other heath parameters.” 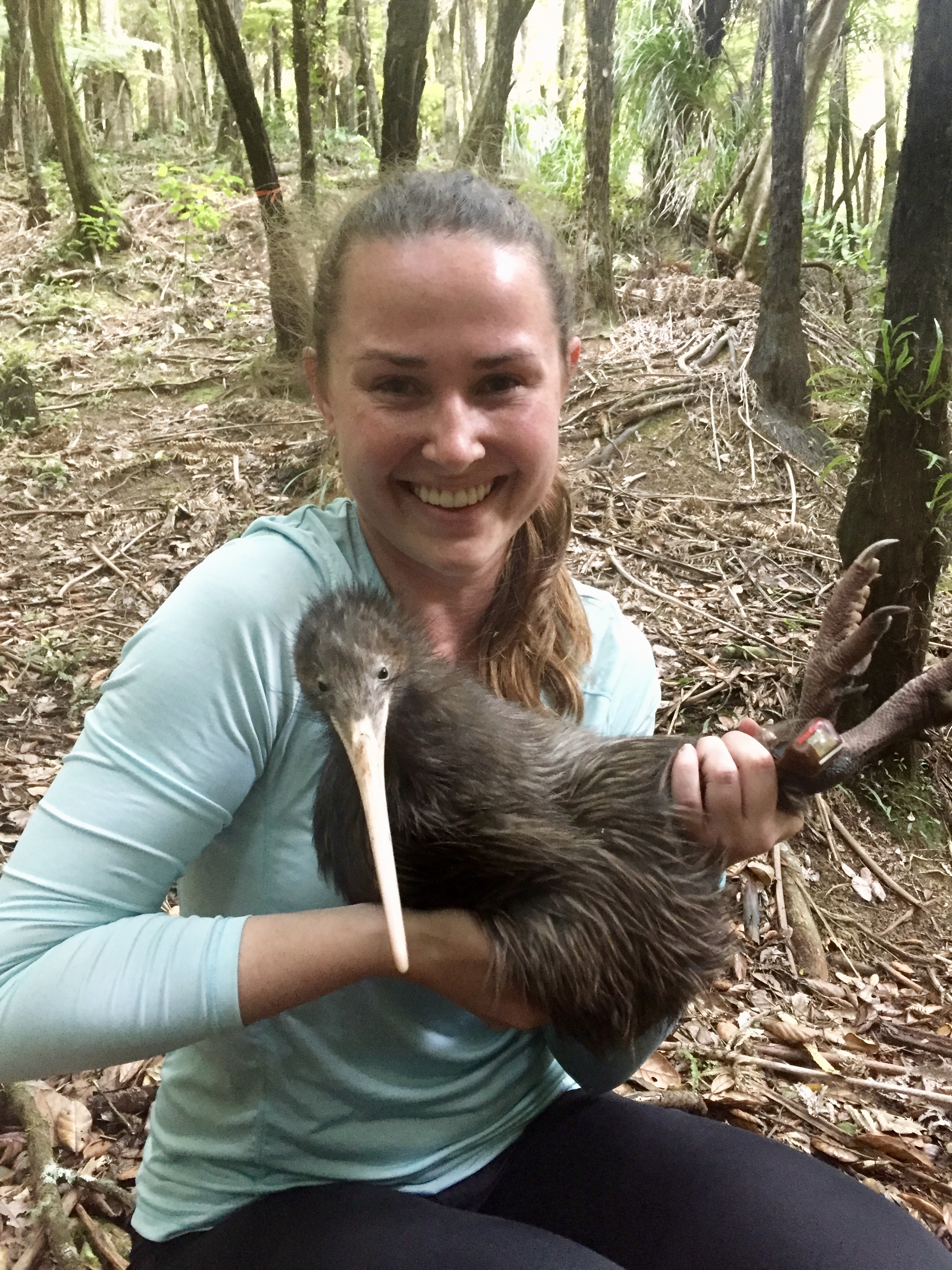 Kiwis, the national symbol of New Zealand, are classified as vulnerable by the International Union for Conservation of Nature and Natural Resources. The Franklin Park Zoo is the only New England zoo to exhibit these brown kiwis and this specific egg came from the Smithsonian Conservation Biology Institute in Virginia. Just recently, he made his debut in the kiwi exhibit in the Outback Trail area of the Zoo!

To write the recipe for this kiwi-inspired beer, Hannah reflected on her own experience. “The island I was on had lots of feijoa trees so I have memories of filling my backpack with feijoas before going out into the bush and snacking on them the rest of the day. They have a really interesting flavor; similar to a guava but less sweet with notes of citrus and pineapple. The recipe also has kiwifruit puree and lemon zest to brighten up the flavor. I used Kolsch yeast to highlight and compliment all of the fruit flavors in the purees.”

The result is a Kolsch-style ale that features heaps of New Zealand hops, kiwifruit, and Brazilian feijoa puree for a light-bodied beer bursting with crisp, bright, citrus-forward fruitiness. Sweet as!